How my break down affected her and still does. ( Written by Katie )


Have you ever questioned yourself when you’re watching someone you love so much suffer and there isn’t a damn thing you can do to “fix them?”.

Let me tell you I’ve gone through so many emotions so many doubts wondering why I couldn’t be that person to lee... only to realise that no matter who you are or what relationship you have to that person you can’t “fix them”.  I had to learn a whole new way of living our lives, a new way of thinking for us both daily what would affect him what could push him over the edge of despair into that dark place he goes to?. I still have so many questions because I’m still learning, and I feel I’m always going to be. 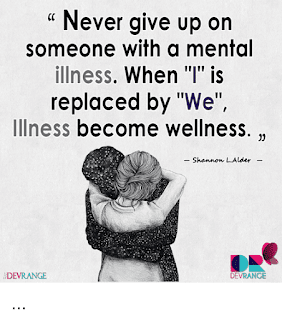 Mental health effects the whole family not just one person it’s frustrating its unpredictable and its heart breaking to witness. I met lee in 2016 and he was in a great place he was running his own business had a great social life and knew what he wanted from life and was heading that way to get it all, he was such a free spirit we would go to box hill late at night and just enjoy that moment together he always made me laugh his sense of humour is one of a kind!  bit of advice though never take the happy times for granted !! we even found out we was expecting our first baby together and I’ve never seen someone so happy to tell the world he was going to be a daddy, I felt proud and he did too. We even gave our baby a name hoping for our little girl “molly” as we both have boys already from previous relationship, we just felt this would complete what we both already had. But unfortunately this changed overnight I miscarried our baby and everything changed, lee became withdrawn and hid away in our room I thought this was just his way of dealing with losing the baby but things weren’t getting better he started going out and not coming home for days sometimes weeks I knew where he was he was in some pub drinking with what made him feel better for that day and the next and the next this became a pattern but I never once considered giving up on him as this is what he expected from me. I knew what lee had gone through as a child from the beginning, so I knew there was underlying issues there, but it never prepared me for what was to come!!


I received a call from him one day and he sounded like he just gave up he told me he was in Springfield hospital after cutting himself and as you do you panic you cry you worry and you get there as soon as you physically can... on the way there I kept thinking oh its just a few cuts and he is still alive that counted for something right?.  When I arrived, I just wanted to firstly throttle him for not talking to me (like its that easy!!) and secondly, I wanted to just cuddle him and make this pain I could see in him disappear he went from being a strong funny outgoing man to a scared fragile little boy. I’ll never forget the damage he done to his poor body “just a few cuts” there wasn’t a place on his body that wasn’t cut he really meant business and he really wanted to die.. he was discharged the next day but only because I told doctors he would be watched by myself and kept safe and this is exactly what I intended to do.

He wouldn’t even come out of the room if my family came to visit and they understood but knowing I was out there laughing whilst he was locked in his own hell just didn’t feel right but there was nothing I could do I had to let this naturally play out and not force him as I was too scared he would hurt himself again, I hid everything sharp I felt like I was over bearing for him most of the time but I just wanted him to be ok and safe. All this was new to me I had nobody telling me if I was right or wrong, I was learning as I went along. If lee did have to go out without me this feeling of dread hit me like a ton of bricks, I would try make excuses why I needed to go with him or why I needed him home that same day, I just always got scared of the same thing happening again and I couldn’t bare him going through that alone. Lees behaviour became unpredictable he would snap and say things that made my jaw hit the floor. He really was a changed man!!.


Eventually we both relocated away from London to south wales to try and make life less stressful and more enjoyable for him and us as a family, but I was a fool thinking this would “fix him” we have lived here 7 months now and he has self-harmed at least 5 times maybe more I’ve lost count. He has tried to drown himself in the sea so intoxicated that he doesn’t even realise what he has done until I’ve told him the next day, I’ve woke up during the night with music playing and just knew something wasn’t right and every time he would be standing there just cutting his body as if he was cutting paper! No emotion just stone cold look in his eyes that he really doesn’t care about him anymore he just needs to not feel this way, I take whatever it is from him and clean him up every time  and just keep quiet there isn’t a thing you can say in that moment to make that person feel ok or make it better for them, this is him this is how he copes as much as it breaks my heart when I look at him in this mess there isn’t a damn thing I can do but just remind him I’m not going anywhere. Lee will often not answer his phone, and this sends me over the edge he just clocks off from life altogether! I will always worry something is wrong if he doesn’t pick up is phone if he isn’t where he is meant to be. He is a prisoner in his mind and home he won’t leave the house for weeks on end literally only that occasional day where I can persuade him to and I try everyday believe me but I wont force him as it sends him the opposite way into how he is feeling he becomes frustrated and upset.  He hasn’t self-harmed since august and this is amazing for him, I’m so proud of him although I’m not stupid enough to know this isn’t the end of his story.


Good news we are pregnant, and I’ve made It to 17 weeks safely and this has gave lee a reason to want change to not feel the way he does anymore and to be the best dad I know he can be and will be. We all love you dearly xx. 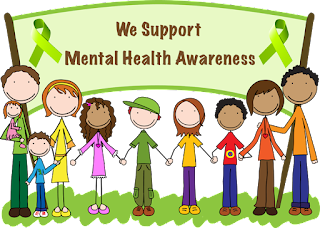 - December 02, 2018
Email ThisBlogThis!Share to TwitterShare to FacebookShare to Pinterest