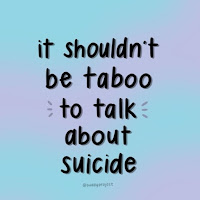 Today is a hard day for so many people around the world, for those that have lost loved one's and those that have tried to take their lives and are lucky enough to be here still.

How many people are there at this exact moment that are thinking about taking their lives... its heart breaking to think that so many lives will end today and tomorrow  and so on and on.

" Are we doing enough to stop this?"

For me personally it brings back so many dark memories and then on the other hand it reminds me how  fortunate I  am to still be here.

I've been to the bottom of the darkest hole on more than one occasion... in fact three times.
I have been so desperate to stop the pain and just end it all for good, not giving a second thought to what and who I was leaving behind.

For so many years I struggled with dark thoughts, I hated myself and the life I was living.

I can remember laying on my bed after taking my first overdose thinking " this is really it, I'm dying."
I felt at peace and was relieved to be going.

I woke up in intensive care... I was so fucking angry that I was still alive.

Then the  guilt and shame hit me like a ton of bricks... I would now have to face my family and friends.

Everyone I know was so shocked at what I had done because on a normal day I'm the cocky out going lad that wants to make everyone happy and laugh. Inside though I was fighting a massive battle with myself. 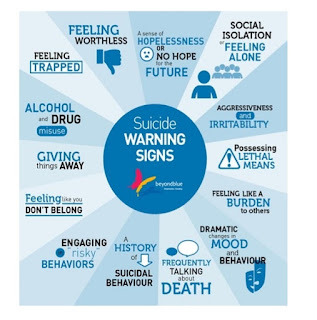 I didn't want or have anyone to talk to about my problems or feelings.
I was a tough young man having been in the Army and also in prison, I thought I had to live up to what my mates thought I was... talking about my pain would be seen as weakness... how wrong was I.

I still couldn't cope and later on I tried to take my own life two more times. It was at this point I spent four months on a mental health ward and people actually started to listen to me.

If I had received some help at the start of all this, I could have saved a lot of people from the pain I put them through.

I'm one lucky fucker and know I want to help as many people as I can to try and prevent others going through the same pain I  did. 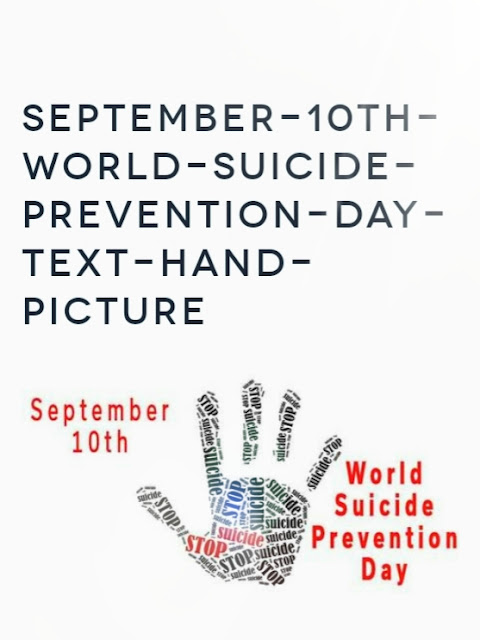 - September 10, 2019
Email ThisBlogThis!Share to TwitterShare to FacebookShare to Pinterest